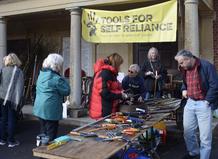 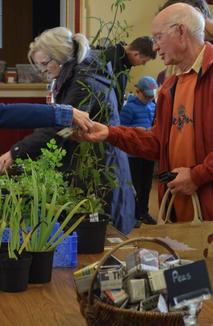 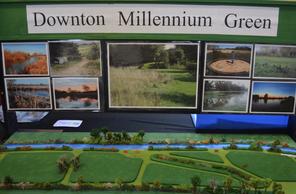 Go Wild at the Moot

A wonderful afternoon, with lots to do, lots to explore - and musical accompaniment to add to the relaxing vibe.  We were very lucky with the weather - at least until 3 o'clock, when the heavens opened!   We have been very pleased at how much people seemed to have enjoyed the event - and how much we all learnt about the abundance of wildlife and nature that is there to be enjoyed for free.   Our thanks to everyone who helped make the day such a success.

​'Before the Flood'
On Friday 2nd November, we presented this film in conjunction with the Downton Society.  Narrated by Leonardo DiCaprio, the film  looks at how climate change affects our environment and what society can do to prevent the demise of endangered species, ecosystems and native communities across the planet.  With stunning camera work, its DiCaprio putting himself in a position to be embarrassed as a fossil fuel hogging American that makes this film so powerful and so different from other documentaries about global warming.

Guided Walk and Talk on Swifts
On Monday 2nd July, we met outside the White Horse at 7.30pm.  The walk was lead by Daniel Kronenberg of SAWS (Salisbury and Wilton Swifts - an outreach project of the Salisbury Secret Garden and also supported by RSPB South Wilts).  He identified possible nesting sites and suggested ways in which interested individuals might be able to help these amazing birds.

​
Salisbury Bee Trail Launch end July
This is part of the Salisbury Bee City project.  Organisers of the Bee Trail state ...
'Think of the 'Baron's Trail but with less Baron and more Bee!  You are going to be looking for 12 bee signs all around the City.'
The Trail is created by The Secret Garden Salisbury Society and sponsored by local businesses. Art work by Bluntwood and Blue Flame Digital.  For full details, including where to obtain maps and information on bees, go to https://secretgardensalisbury.uk

Village Waste Bins
Following lobbying by the Green Group, these are now in place: one outside the Coop and one near the Pharmacy.  Each has two compartments, one for recyclables and one for general waste. It is hoped they will encourage local recycling.

Downton Green Group working together with the Parish Council
In the context of the Neighbourhood Plan, and in response to a request from the Parish Council, Downton Green Group prepared a report on both its past activities and suggested future initiatives. Presented to the Amenities Committee in July, proposed initiatives were largely endorsed by the Committee on behalf of the Council. These included the holding of quarterly ‘repair, re-use and recycle’ open sessions, undertaking litter picking twice yearly and supporting the proposed foot/cycle bridge over the Avon, south of the Borough, project to encourage walking/reduce car use. The Council is to take responsibility for working with the Allotments Association to maximise their use; consider environmental issues in all planning applications presented to the Council and investigate the feasibility of solar energy in future building projects.  The Green Group will provide information on planting to benefit wildlife, increasing car sharing and coordinating neighbourhood garden maintenance. All in all, a very positive example of working together for the good of the local community.  See link to read the full report from DGG to the Parish Council.
https://www.dropbox.com/s/wgxl5h9stzbcxdj/DGG%20report%20to%20PC.doc?dl=0

What happens to the products collected for recycling?
In Feb 2016, the Downton Green Group visited Wiltshire Council's Materials Recovery Facility (run on their behalf by Hills) at Lower Compton.  To see what we learnt from our visit (with photos) go to:
https://www.dropbox.com/s/ryzcb7vvzizmaam/Hills%20visit%20PDF.pdf?dl=0 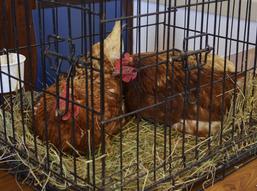 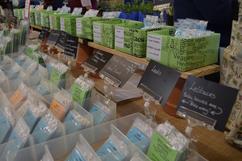 Another successful event was held in March, with over 200 people coming to the Memorial Hall to collect / swap local surplus seeds or to buy just the quantity of seeds required, ready for the coming season.  There was a selection of fruit, vegetable and flower plants available too - and displays about wildlife-friendly gardening.  A tool sharpening service was available as well - everything to help Downton's  gardeners get off to a good start this year.  There was also advice available for anyone considering keeping chickens.

The event was also supported by the Horticultural Society, the Allotments Society and Downton Millennium Green.  Downton Primary School brought a long a display of some of the work they have been doing to keep up their eco-friendly credentials.

​Parish Councillor, Jane Brentor, is concerned about the poor condition of the cycle path to Salisbury (that is the pavement on the A338) which discourages cyclists from using it.  A letter has been sent to Wiltshire Council, asking them to carry out a risk assessment, and a reply is awaited.

If you have seen, or been involved in, a cycle accident or near accident on this stretch of road in the past 5 years, please contact Jane on 510504 or janebren555@gmail.com.   Following the InDownton item she has already had a good number of responses from people concerned about the safety of the path, which should strengthen the case for change.​​